In the Heart of it All

Bawlmer, Baldamore, Baltimore: Home of Natty Boh, inventors of the umbrella and “O!” Say Can You See. We gave you "The Star-Spangled Banner" and the chicken box. Thurgood Marshall, Frederick Douglass, Billie Holiday and Edgar Allan Poe each called our streets home. We're more than The Wire and more authentic than House of Cards. We're a true city of neighborhoods where everyone knows your name (and where your barber is married to that shop owner that went to (high) school with your best friend).

Welcome to Baltimore, a city of proud and influential residents...

...with a history of making history.

Baltimore is born! Sixty lots are divided and awarded to new residents.

The first Roman Catholic diocese in the U.S. is established in Baltimore.

Baltimore is officially incorporated as a city.

University of Maryland's College of Medicine is founded as the fifth medical school in the country.

Baltimore's Washington Monument is dedicated as the first to honor President George Washington.

The first blood of the Civil War is shed during a riot in Downtown Baltimore.

The Baltimore Afro-American Newspaper is established.

The great Baltimore fire destroys nearly all of Downtown Baltimore.

The city stretches to its current borders, completing its third annexation.

Thurgood Marshall, of Baltimore, is appointed as the first African-American Supreme Court Justice.

Baltimore School for the Arts is founded. Notable alumni include Tupac Shakur and Jada Pinkett Smith.

The National Aquarium in Baltimore opens.

The NAACP relocates its headquarters to Baltimore.

Mr. Trash Wheel debuts as an innovation to achieve a healthy harbor.

Devin Allen’s photo of the Baltimore Uprising is published on the cover of Time Magazine.

Native son Michael Phelps becomes the most decorated Olympian of all time with 28 medals.

Baltimore makes Zagat’s list of 30 most exciting food cities in the U.S.

Baltimore is home to creatives, foodies, athletes, academics, and others... 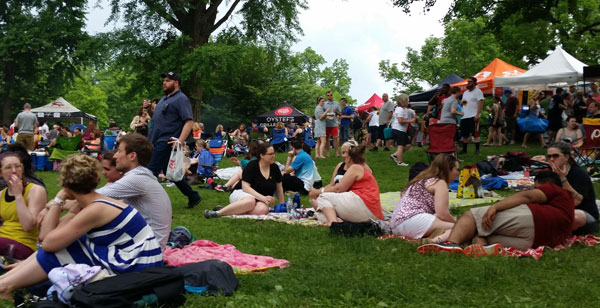 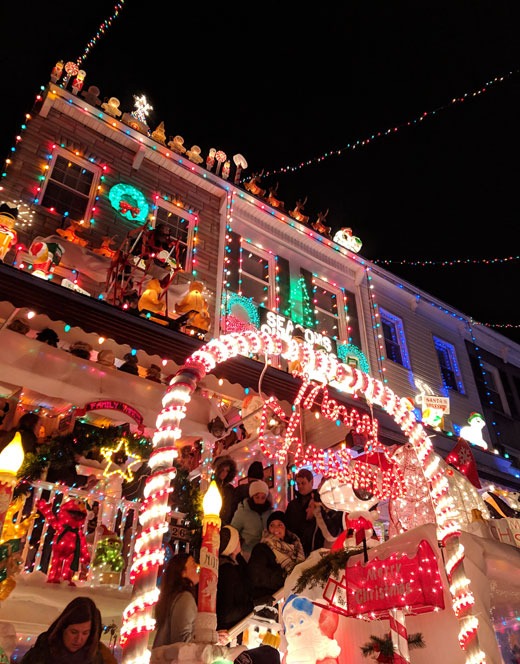 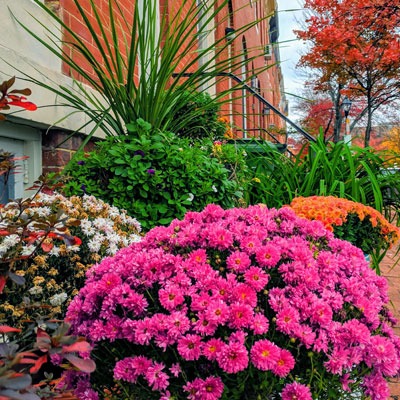 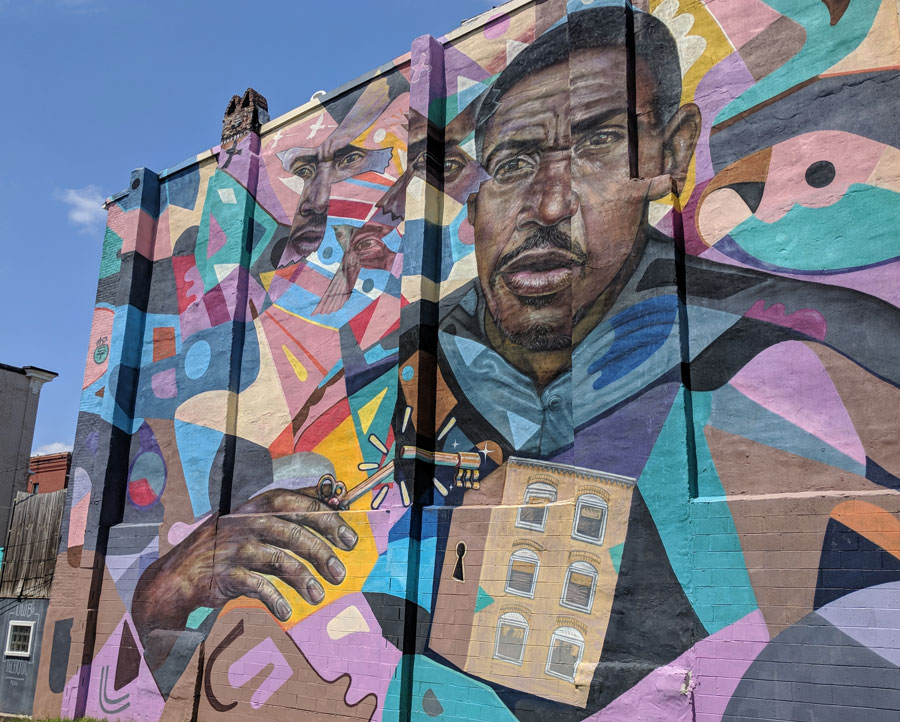 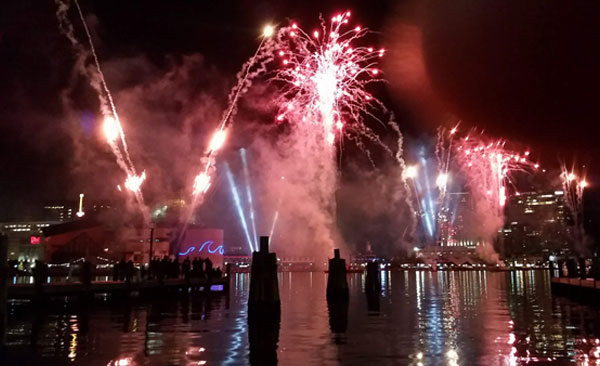 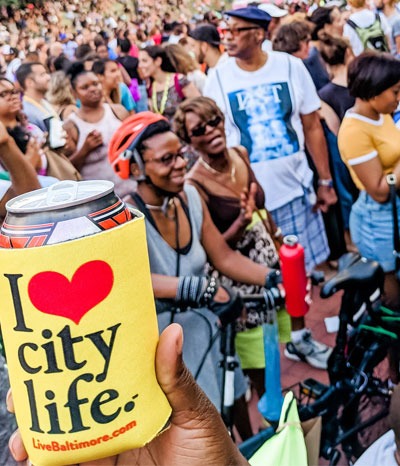 ...who invented a word to describe just how tightknit we are.

Smalltimore
[smawl-tuh-mawr]
noun
that feeling when you know that person from that other place in Baltimore; an only-in-Baltimore coincidence. "I used to work with your new girlfriend. Smalltimore!" 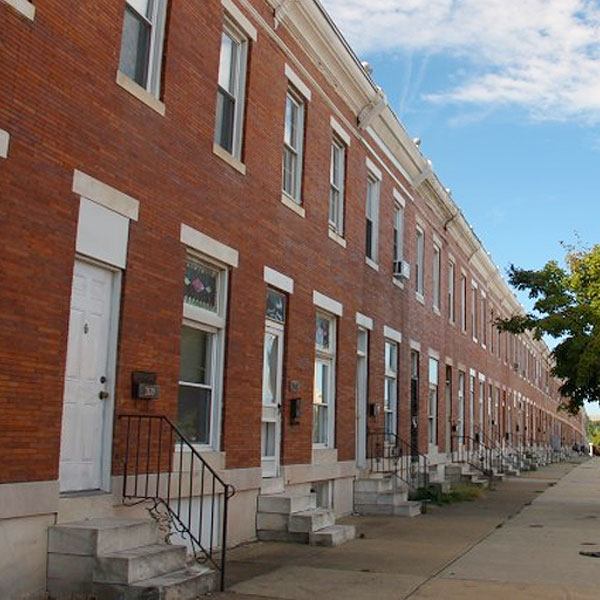 The 2600 block of Wilkens Avenue in Mill Hill is the city's longest block of rowhouses, stretching for more than 1,800 feet! 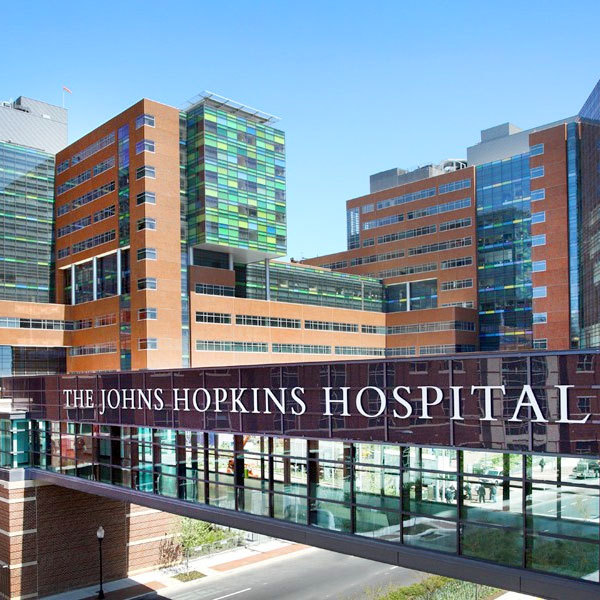 The Johns Hopkins Hospital was the first major medical school in the United States to admit women, to use rubber gloves during surgery, and to develop renal analysis and CPR. The world-renowned teaching hospital is the largest employer in Baltimore City. 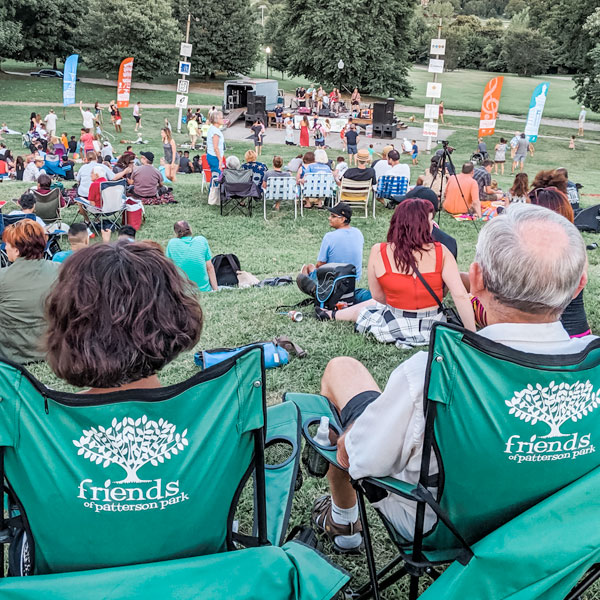 Before it became a public park, the land that is now Patterson Park played a major role in the War of 1812. It served as the grounds where American troops stood ready during the decisive battle of North Point at Hampstead Hill. The Patterson Park Pagoda now sits at the top of this hill providing amazing views of Downtown, the Patapsco River, the Key Bridge and Fort McHenry. 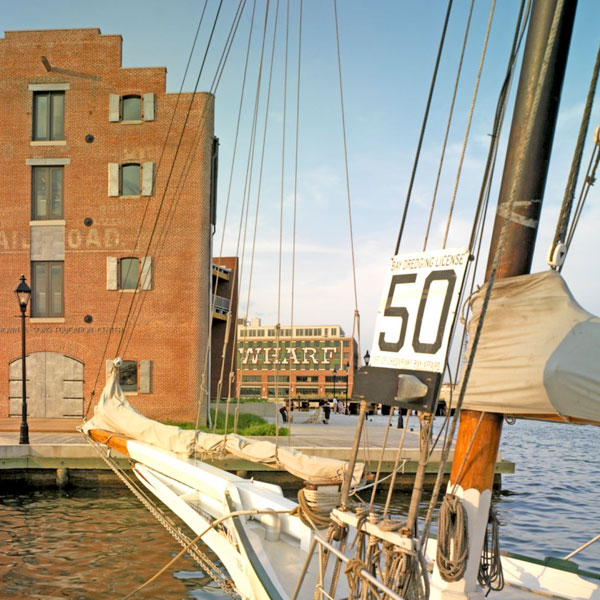 The first black-owned shipyard in the U.S. was in Fells Point at the current site of the Frederick Douglass-Isaac Myers Maritime Park Museum. The famous orater and freedman escaped slavery in Maryland to become a prominent leader of the abolitionist movement. 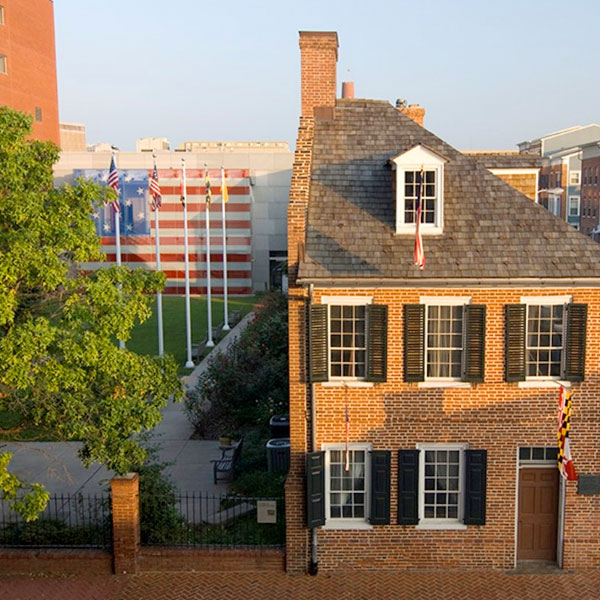 In this house in 1813, the Pickersgill family and indentured servant Grace Wisher sewed the flag that flew over Fort McHenry during the Battle of Baltimore, inspiring the creation of the Star-Spangled Banner. 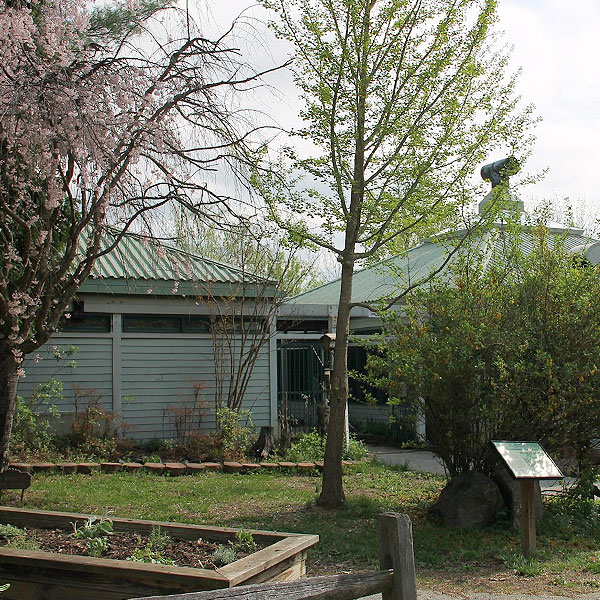 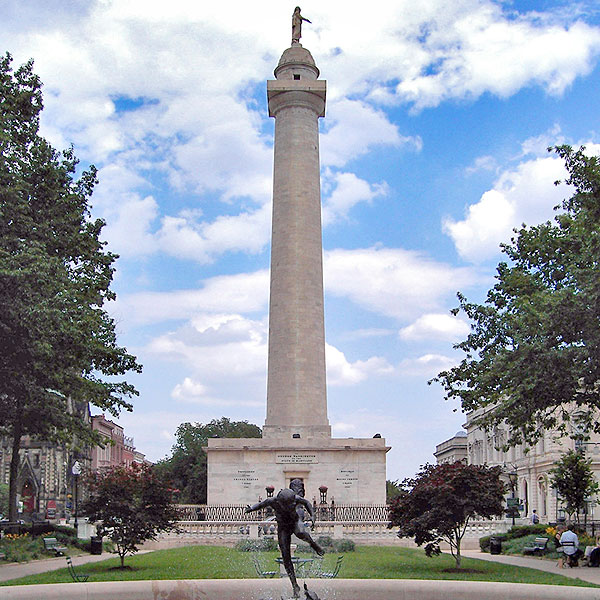 Baltimore’s homage to the nation’s first president predates the construction of the monument in Washington, D.C. by more than 30 years. Architect Robert Mills designed both. You could say we have the Baltimore original. 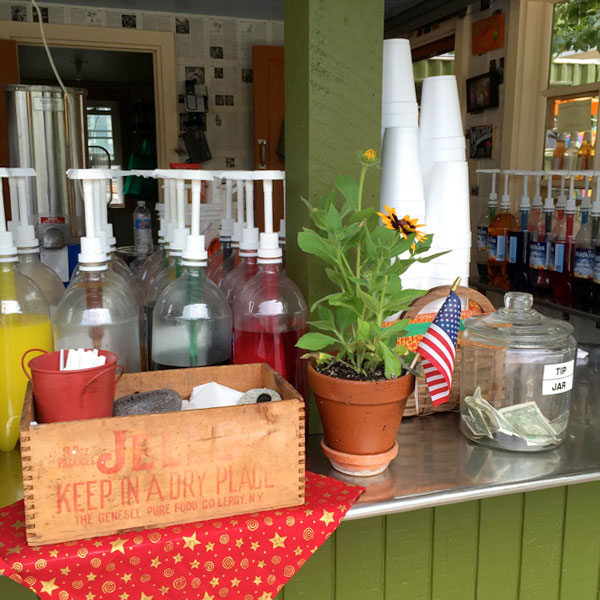 The Baltimore snowball predates the snow cone, water ice, and similar frozen treats of other states. Made of finely shaved ice, the refreshing, summertime dessert is covered with flavored syrup and often topped with marshmallow cream. Walther Gardens, which opened in 1933, is thought to be the oldest snowball stand in the country. 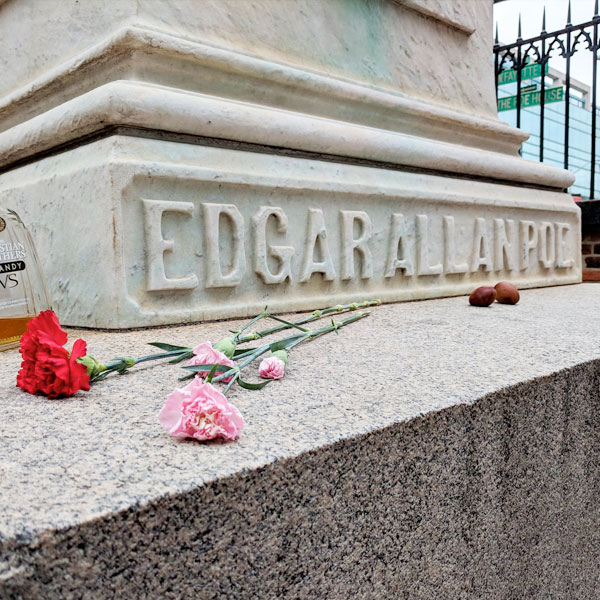 Many cities claim fame from their ties to the famed macabre writer, but it’s in our streets that Poe met his mystifying end. His remains are buried at Westminster Hall and Burying Grounds on the University of Maryland, Baltimore campus near Downtown. 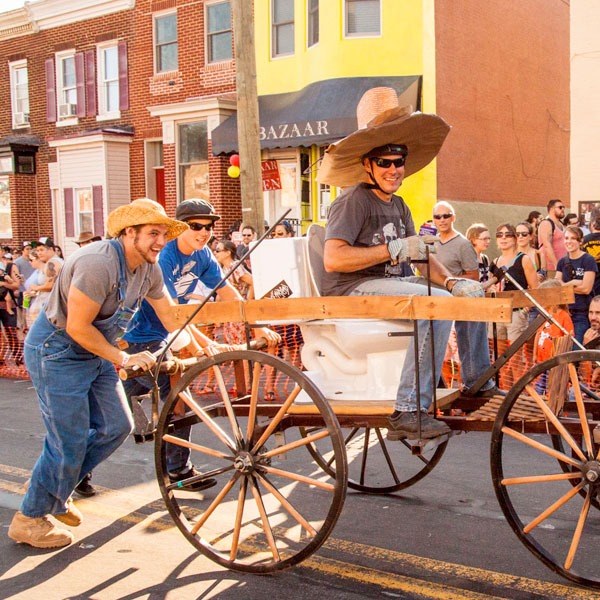 Each year at Hampdenfest, racers descend on Chestnut Avenue riding contraptions that incorporate a “human defecation device.” Toilets, diapers, urinals and potty seats have all been strapped to wheeled vessels of varying shapes, types and sizes for a friendly race. Only in Baltimore. 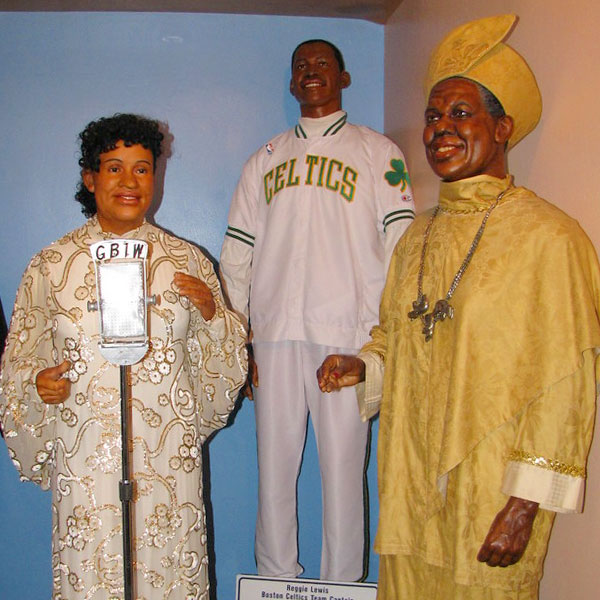 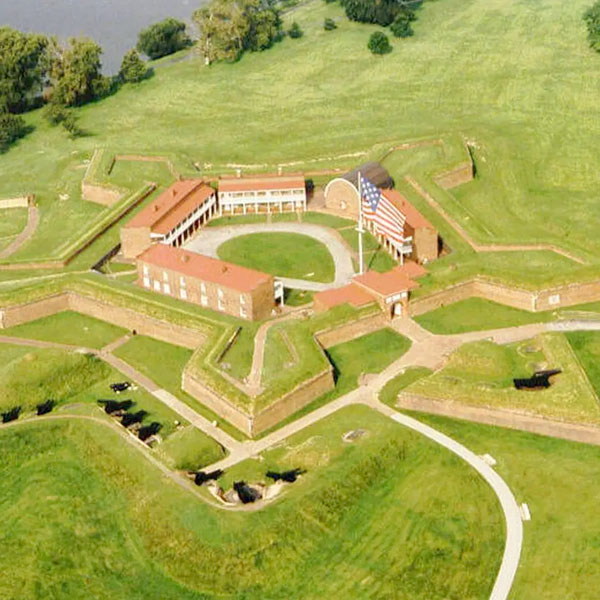 The Battle of Baltimore at this Civil-War era fort was the inspiration for Francis Scott Key to pen the Star-Spangled Banner.

Live Baltimore offers all the resources you need to find your home in the city.