Baltimore, MD—Home sales in 2020 surpassed the number of homes purchased in Baltimore City in any other year this decade. With 9,476 home purchases, sales in the city smashed the previous best year’s 9,213 home purchases back in 2017.

While demand for housing improved, so did the City’s median purchase price—rising to $174,000 from $154,000 last year. Homes were snapped up more quickly as well, selling a full week faster, on average, than in 2019. More of these transactions were financed by mortgage than in any other year this decade, suggesting more owner-occupant buyers moving in. 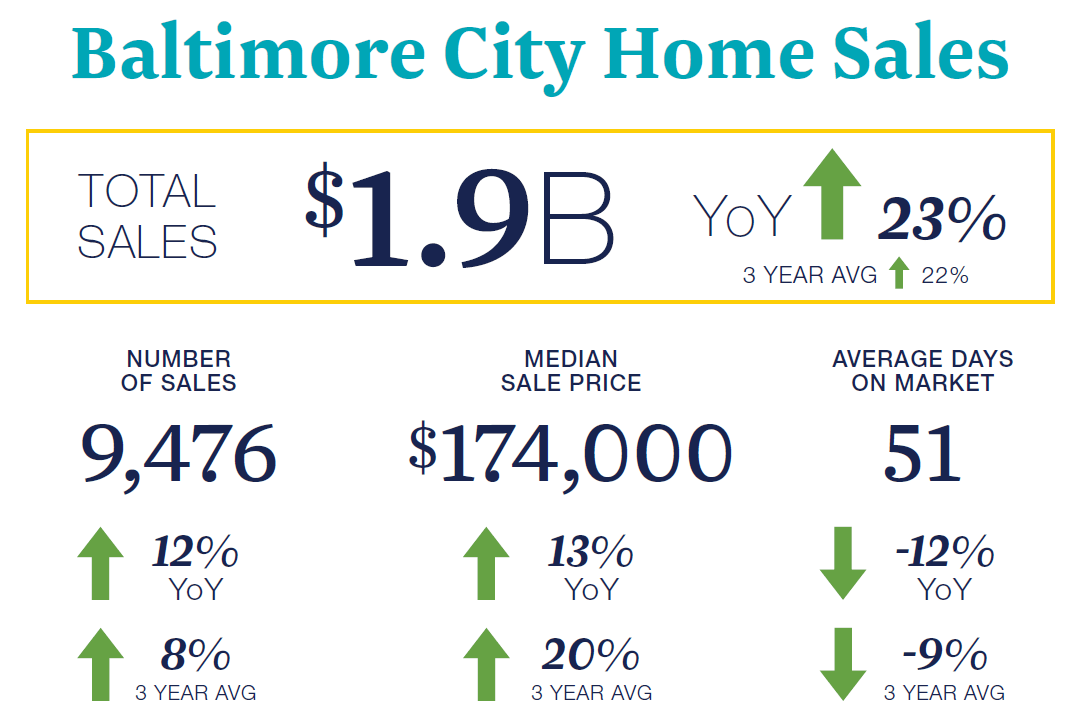 “This is an incredibly positive starting point for the new year,” Live Baltimore Executive Director Annie Milli said. “We’re pleased to see sales in 246 of our diverse neighborhoods. Baltimore City continues to be an affordable place for homebuyers, and we’re looking forward to continuing to attract buyers with a strong market in 2021.”

Neighborhoods of Note:
Within the top 10 most-selling neighborhoods, Southeast, Northeast, North, Southwest, and South are each represented. The neighborhood with the highest average sale price for the year was North Roland Park/Poplar Hill ($741,578), followed by Guilford ($609,062) and the Inner Harbor ($553,067). Among middle market communities, Dickeyville achieved the highest priced December sale ($385,000). At the lower end of the market, the top selling December home was in Towanda-Grantley ($187,500).